While hanging out at my kitchen sink, I watch our dogs from the window.

My German Shepherd is a territorial dog, more so than most, and he just cannot stand to see another creature come onto his property and pack off his stuff. Never mind that he can’t eat all the English walnuts that drop from our tree.  He does crack shells and eats the meat. So does my other dog.

To my knowledge, he does not eat acorns or the pods off the tulip tree. That doesn’t keep him from tracking down the squirrels that do.

Yesterday I stepped up to the kitchen sink, a perfect place to view our large back yard, as he ran a red squirrel up a tree. Our other dog joined in the chase, but it wasn’t as if he needed help.

These scenes by the sink usually come with a trade-off. I wash dishes or prep some food, where I’m in place long enough to watch a chase unfold. Otherwise I’m somewhere else in the house, and miss the action.

Okay, so I reach for a glass and wash it. Then look up to see my German Shepherd coming from the embankment, straight toward our tulip tree, located behind our house and in direct view of the kitchen window. His shoulders are massive for a dog I still call a pup, and they’re working like pistons. I can see the outline of his body, front legs eating up the ground as the back feet pump.

With that wonderful German Shepherd snout prominently outlined and looking similar to a cartoon version of a hyena’s nose, his ears are sticking straight up. Exactly like the classic police dog. Only he’s much prettier—a golden loop starts above each ear, circles it at the base and then comes around to end in a curlicue on the upper side of each black cheek. I have yet to see markings like this on another Shepherd.

My eyes catch movement to the side and I see our black female coming in at a different angle, headed toward the tree. Then my gaze settles on the squirrel, with its body close to the ground and tail, almost the length of its body, sticking straight back. The squirrel’s feet seem to move effortlessly, almost floating, as it travels across the ground. Its elongated face with its cheeks bunched tight, reflects a calculated look of stress.

So, there it played out in front of me. The squirrel raced toward the tree and safety, with the Shepherd just behind and the female pouring it on as she cuts in from the side. All three of them were locked into a tight race that could end in pain, even death, for one or more of the trio. The squirrel reminded me of that rabbit greyhounds chase at the dog races, only who would be the winner in this race?

“Come on, boy. Get that squirrel for showing you no respect in your own yard.”

I held my breath and hoped my dog would lose the race. If he caught that squirrel, it could be bad news for him, too.

Well, the squirrel made it to the tree seconds ahead of my dogs, and I have to say that gave me a bit of relief.

I wasn’t sure just how much damage the squirrel could do if he caught my buddy, maybe by his big snout, but I knew one thing for sure. That squirrel had cracked a bunch of nuts with those jaws and he would not go down easily.

“Good boy,” I hollered, watching my Shepherd come toward the back door, his tail wagging.

Today he was the winner.

I met him at the door and scratched behind his ears as he came in and plopped down to rest from the big race, while I filled both dogs’ food bowls.

“Good Boy,” I repeated when I fed them.

It had crossed my mind it would be difficult to run him to the vet, over in the next town, with me home alone. Not to mention my nerves if he had been really hurt in the tussle.

In the end I am thankful we were all big winners—the squirrel, the dogs and me. 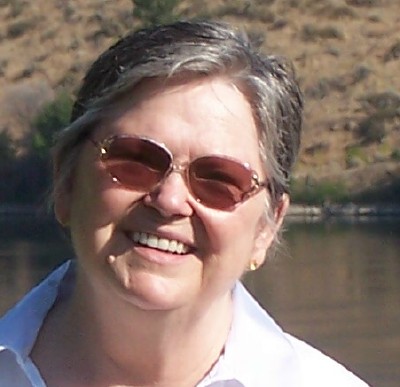 And if we seek Him ?

The Lord our God has made a promise, and it's recorded in scripture, (Mat 6:33). If we first seek His kingdom and His righteousness, all these things shall be added to us.

All these things include, but are not limited to, the necessities for life. Right down to the clothes we wear for cover, to every fork full of food it takes to nourish our bodies, maintain our health and keep us alive.

I believe we are to seek His guidance for everything in our lives. The more we do this, the closer we will draw to and trust Him with every aspect of our life.

I can personally say He will be my God and I shall be his child.